We assist our customers with optimally developing and using their community. With our digital marketing & sales possibilities we connect destinations with their tourists and increase the added value within the destination. Destination Services helps tourism regions to use their potential in the best possible way and accompany them on their path to a digital future. 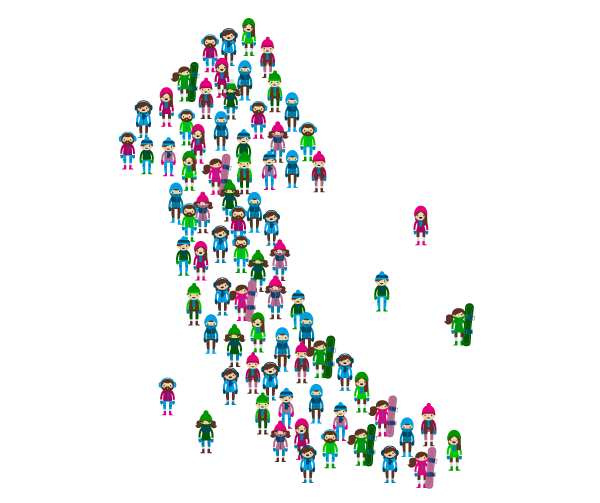 The digitalization of guests (via Skiline) and the digitalization of services (Peaksolution) allows our customers intelligent established customer marketing in various variants, to define special offers for distinct groups and systematically sell them online.

How are Communities formed?

Every registration at skiline.cc and every booking via Peaksolution generates a new community member including valuable guest information.

In the future, the “battle for guests” will be resolved digitally. The sooner tourism destinations realize the importance of digitalization and utilize the possibilities for marketing, sales & product development, the greater is the chance to rank among the successful players on the market in the future.

We not only prepare a digitalization strategy for touristic destinations, but also implement it.

Through the opening up of new B2B and B2C sales channels as well as online marketing, we help to communicate with tourists in a targeted manner and exploit digital distribution opportunities.

We support our existing customers to develop and use their online communities in the best possible way. 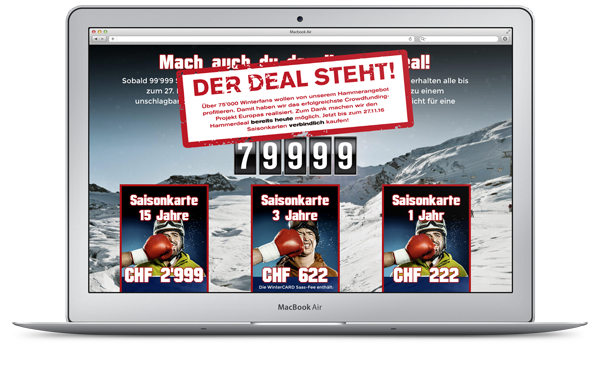 During the successful crowdfunding campaign 90.000 season tickets were sold prior to the season start 2016/17 and led to a market value growth of the Saastal Bergbahnen of +46%. Due to the increase in arrivals a spike in added value was noticeable in the entire region.

Additionally, within a year 50% of established customers were digitally captured, 60% of all ski tickets were sold online.

Interested? Please don't hesitate to contact us!
Contact
We use cookies in order to optimise our offers (e.g. Google Analytics) as well as for advertisements (retargeting). By continuing to use this site, you agree to our use of cookies. This consent may be revoked by you at any time.OK