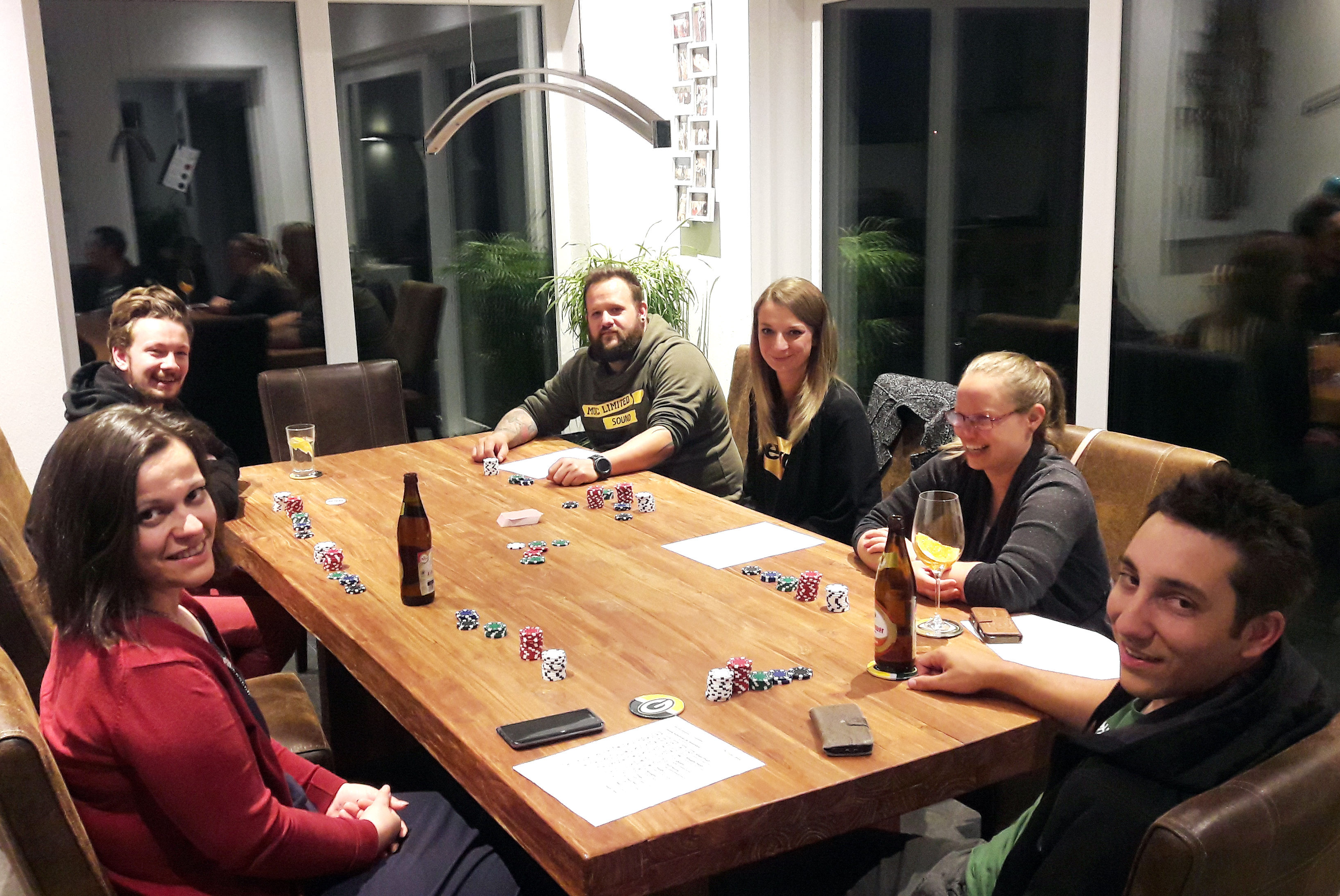 On a Friday in May, the home of Christian Gattringer (Project Manager) turned into the ultimate poker hotspot in Klagenfurt. He responded to the wishes of our poker-fevered colleagues and used the first Company Poker-Night, to show them when it’s best to check, decide on a fold or increase the stakes.

Of course, it was also ensured that the physical well-being of the players was not neglected. Patrick Klavora (IT Engineer) took up the position behind the charcoal grill of the host and spoiled the attendees with BBQ delicacies.

After the charcoal burned up and the food was eaten, it was time to turn to the playing cards. That even complete beginners do not become easy victims, the first game was used to explain the rules. After the technical terms became second nature to the players, it soon turned out that “beginner’s luck” was a force to be reckoned with in the course of the evening.

Until late at night, hands were played, cards thrown away and wrestled with their own “bad luck”. All present agreed that it was an entertaining evening and are looking forward to the next edition – at Alturos Destinations the fun after work never comes short!

A big thank you goes to Christian Gattringer for organizing the Poker Night and Michael Saringer for sponsoring the event.