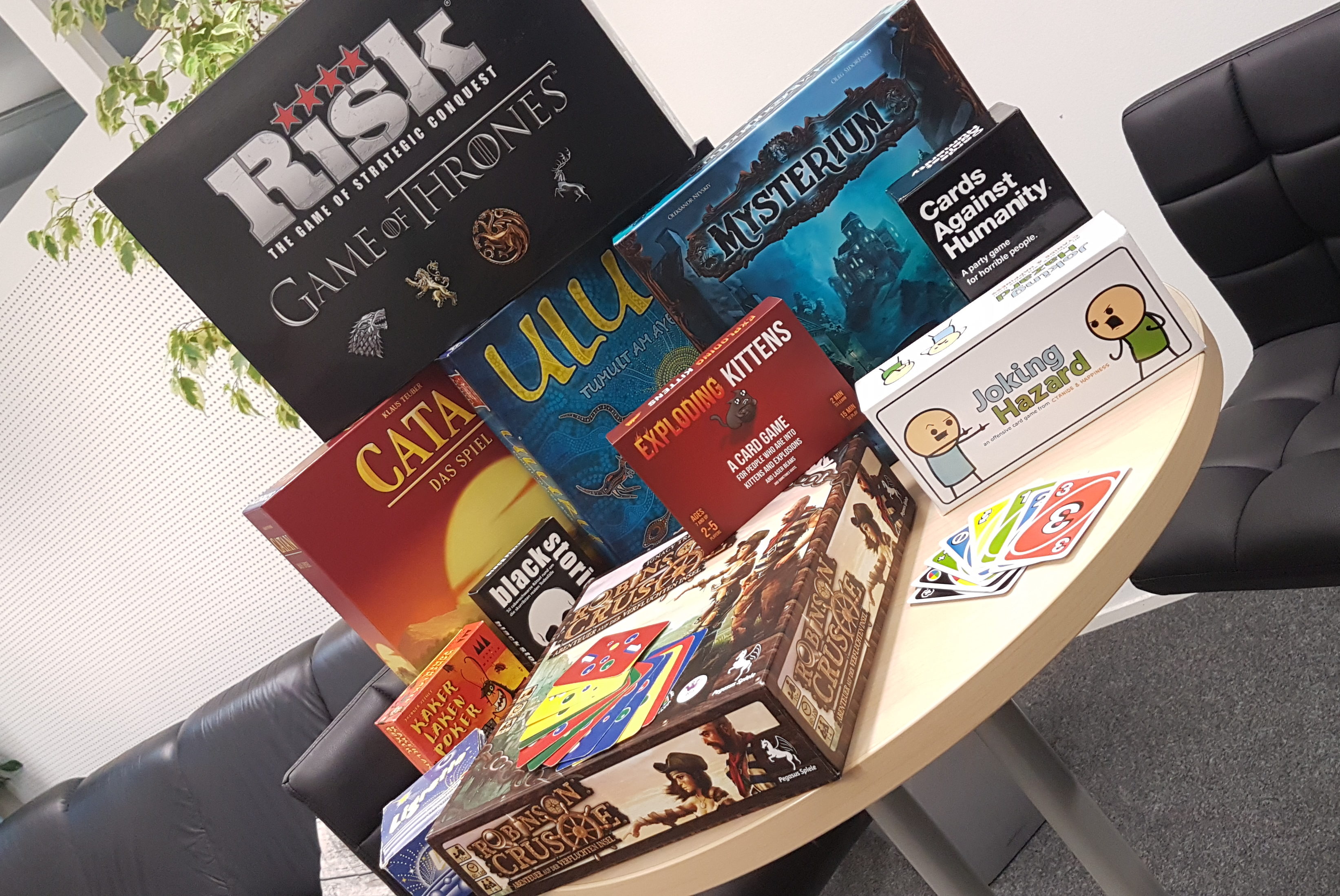 On September 28th, the Alturos Destinations Lounge transformed into Klagenfurt’s game hotspot. At the world premiere of the Company Game Night, the employees had the chance to compete against colleagues in a variety of board- and card games.

Even before the first game was opened, the pizza delivery service ensured that the participants were sufficiently strengthened for the game night. It should not go unmentioned that Michael generously donated the food for the first night.

Because of the positive feedback of the participants, the decision that this will not be the only event of its kind was already taken during the game night. The next one should take place in October/November – then with even more players!