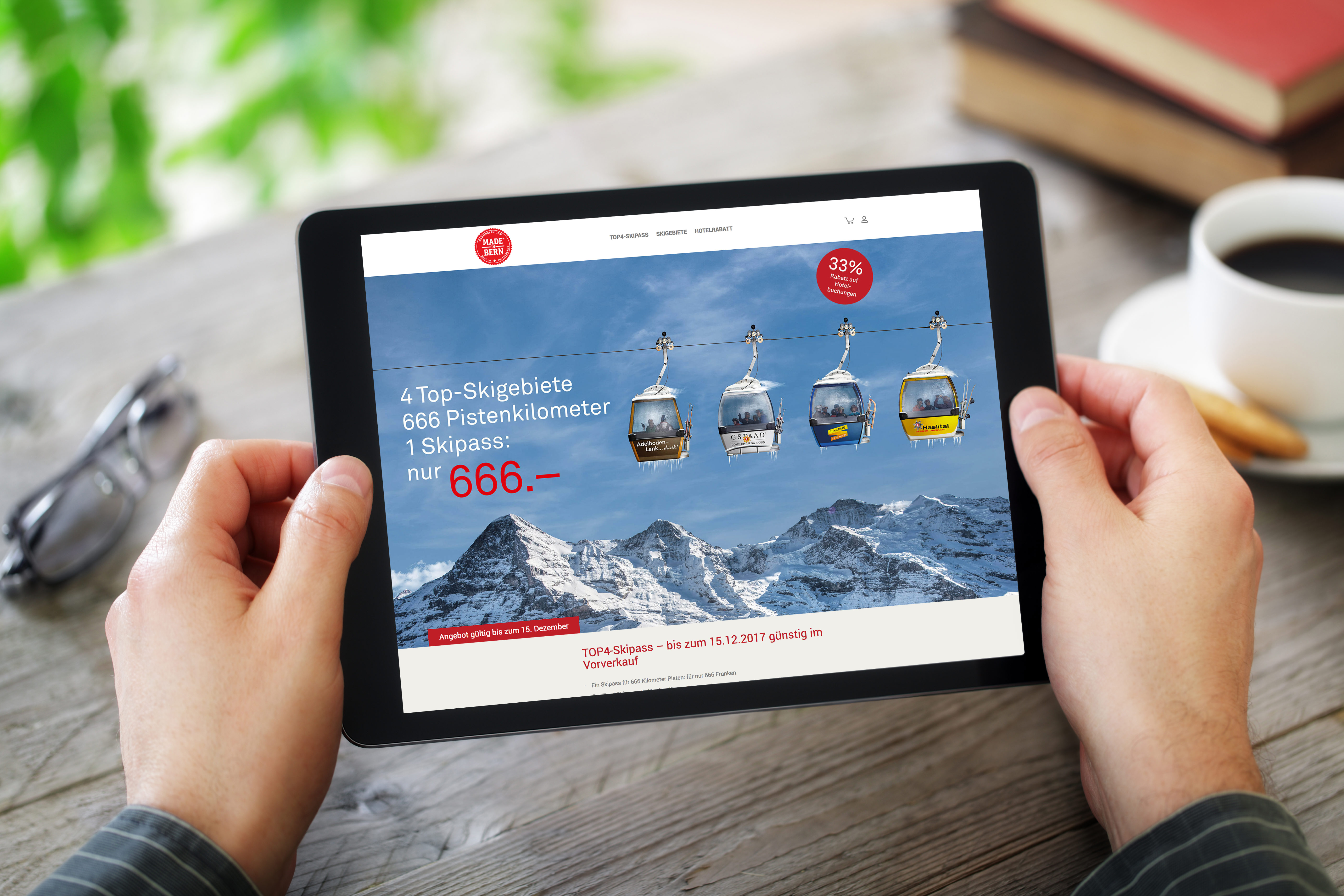 Enjoy 666 slope kilometres for only 666 Swiss Francs – with this goal the four well-known Swiss ski destinations Adelboden-Lenk, Gstaad, Jungfrau Ski Region and Meiringen-Hasliberg joined together and initiated the Top4 ski pass. In implementation of this campaign, the ski destinations relied on the know-how of Alturos Destinations.

In the shortest time the company – that already caused furore with the execution of Europe’s biggest crowdfunding campaign – realized their customers wishes. „We have demonstrated that we are the right partner for technically sophisticated projects and that customers appreciate our experience in this field “, explains Herwig Probst, COO Peaksolution. The special feature is: For the first time an inter-regional and fully integrated online sale of ski pass season tickets was implemented.

“With the Top4 pass, we are confident that we established a product tailored for the needs of the customers, that offers a genuine added-value for the tourists and that takes into account the ever-changing winter sport market”, says Marco Luggen (Head of Firstbahn and winter sport Jungfraubahnen) and adds, “Alturos was the best choice to unite two different ski pass systems in such a short time and realize an online presence including shop. They were responsible for the timely completion. “

In a second step, the booking of accommodations and partner offers will be provided on the portal. Sports enthusiasts can secure the Top4 ski pass until December 15th, 2017 during the pre-sale on https://top4.ski and thereby use all lifts and mountain railways in the four ski regions Adelboden-Lenk, Gstaad, Jungfrau Ski Region and Meiringen-Hasliberg for the entire season.


Interested? Please don't hesitate to contact us!
Contact
We use cookies in order to optimise our offers (e.g. Google Analytics) as well as for advertisements (retargeting). By continuing to use this site, you agree to our use of cookies. This consent may be revoked by you at any time.OK