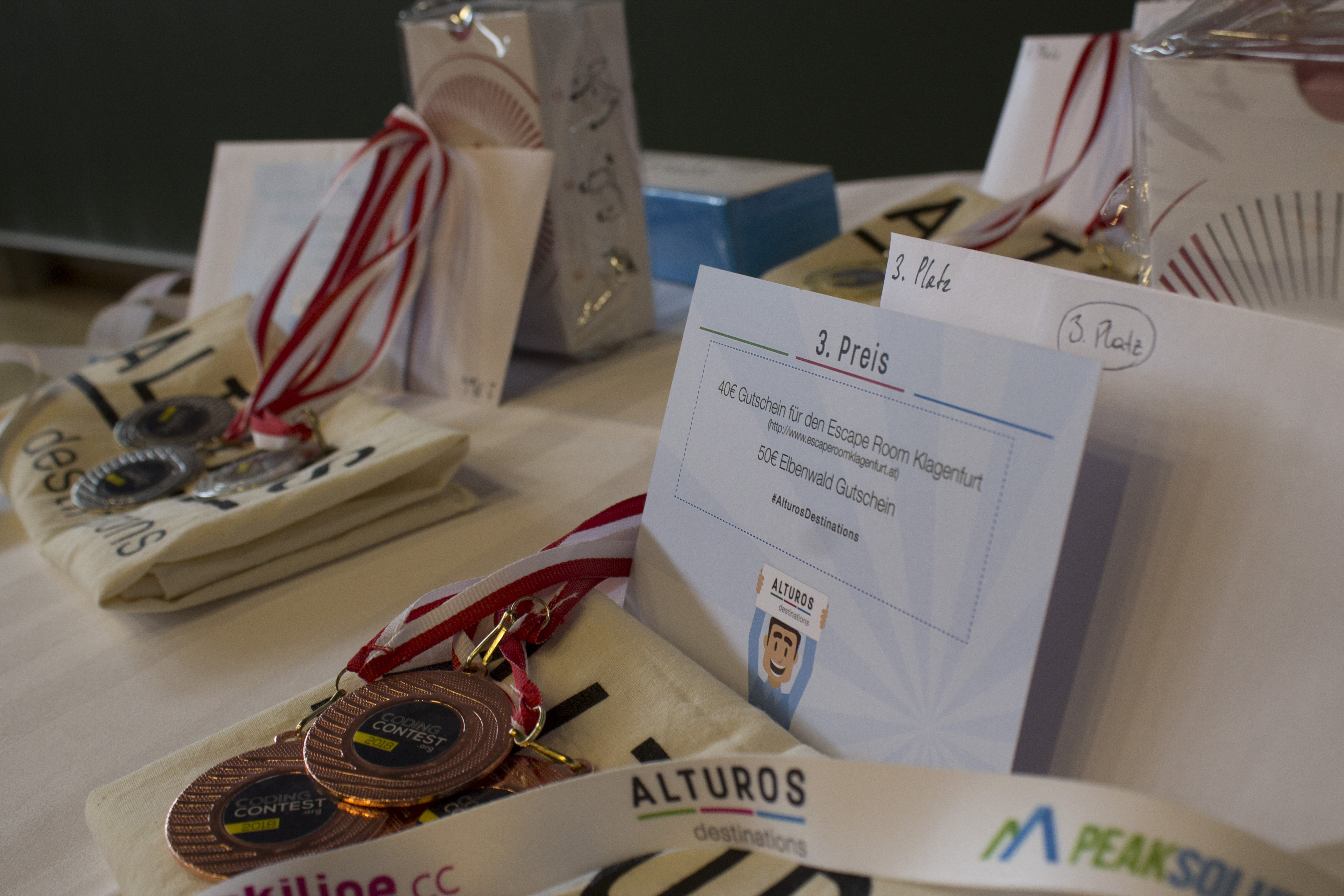 We support the programming talents of tomorrow

On April 27, 2018, the Alpen-Adria-Universität Klagenfurt served for the second time as a local venue for the international Catalysts Coding Contest. Of course, Alturos Destinations did not hesitate to act again and not only support the programming talents of tomorrow culinary but also to reward them with great prizes.

This year the competition entered the 26th round, the Klagenfurt participants were able to compete with international universities from Germany, France, Spain, Romania, South Africa and the USA. In Austria, the competition took place in Klagenfurt, Graz, Salzburg, Linz and Vienna. In total, the participants formed 1,167 teams from 19 countries to solve different programming tasks on 9 difficulty levels in teams of up to 3 people.

Alturos Destinations congratulates all participants on their outstanding achievements.